Hi - I’m Greg. I am an experienced attorney licensed to practice law in Alabama and Mississippi. I am an advocate for ways to help end human trafficking and child sex abuse while helping victims obtain justice. My team and I are ready to help you.

If you or a loved one recently became the victim of a sexual crime, you may be struggling with difficult questions like:

We understand the painful difficulties your family is facing and we know how to help. Our legal team offers free, confidential case evaluations with our experienced Alabama sexual abuse attorneys, schedule your appointment today.

Is your family looking for accountability, justice, and financial support after you or a loved one has become the victim of sexual assault or child sexual abuse?

You may be wondering how the Alabama criminal justice system may handle the prosecution of the sexual predator responsible for the crime. We've summarized Alabama's criminal sexual assault statutes below, which can give you a rough idea of how much time your offender may face. But these laws do change, so you may need to discuss the details of your case with an experienced victims' rights lawyer.

How A Victims’ Rights Lawyer Can Help

From Huntsville and Birmingham to Montgomery and Mobile, crimes of a sexual nature are taken seriously by Alabama police departments. Huntsville, Alabama is home to the National Children's Advocacy Center, one of the nation's leading non-profits devoted to ending the scourge of sexual abuse of children.

However, these criminal investigations don’t always prioritize the needs of victims. Instead, the criminal justice system focuses on punishing offenders. If you or a loved one has recently become a victim of sexual assault or child sexual abuse, it’s important to protect your legal rights.

Our experienced Alabama sexual assault lawyers can help you hold responsible any parties who may have allowed your assault to occur because of negligence. To find out more about how you can get all the support you need during this difficult time, contact us today for a free consultation.

If you or a loved one has recently become the victim of a sexual crime, you may be wondering how your state’s sex crime laws might apply to your case. We’ve briefly summarized all of Alabama’s sexual assault and child sexual abuse laws below.

While criminal prosecution is an important part of the healing process for many victims, it’s important to remember that criminal courts are focused on punishment. In order to hold all negligent parties responsible and ensure you get the support you need, it may be necessary to speak with a civil Alabama sexual assault victims’ lawyer.

Alabama has several laws on the books which specifically apply to sexual crimes committed against children.

Electronic Solicitation Of A Child

Electronic solicitation of a child is a Class B felony in Alabama, punishable by no less than two years and no more than 20 years in prison. Anyone who uses electronic means to knowingly attempt to persuade a child to engage in sexual activity can be found guilty of this crime. This includes the use of the computers, the Internet, cell phones, video game systems, cameras, and any other electronic communication or storage device. This law can also be enforced as a statutory charge in cases where the minor consented to the solicitation but was younger than Alabama’s Age of Consent (16 years old).

Alabama has a law which specifically prohibits adults from enticing, persuading, inviting, or attempting to entice, persuade, or invite a minor into any vehicle, room, house, office, or another setting for the purpose of engaging in sexual activity. This is a Class C felony and punishable by no less than one year and one day and no more than 10 years in prison.

Facilitating Solicitation Of Unlawful Sexual Conduct With A Child

Anyone who facilitates unlawful sexual conduct with a child through the dissemination of the child’s name, telephone number, place of residence, geographical locational, physical characteristics, or any other identifying information is guilty of a Class C felony under Alabama law. This crime is punishable by at least one year and one day in prison, with a maximum sentence of 10 years.

School Employee Engaging In Sexual Activity With A Minor Student

In Alabama, it’s illegal for a school employee to engage in sexual contact with any student under 19 years of age – even if the sexual activity is consensual. This crime is classified as a Class B felony and punishable by no less than two years and no more than 20 years in prison.

Transmitting Obscene Material To A Child By Computer

Anyone who uses a computer to transmit obscene material to a child is guilty of a Class B felony in Alabama – punishable by 2-20 years in prison. This applies to transmissions that either originate or are received in Alabama and includes all types of sexual content. Anyone charged with this crime will be tried as an adult regardless of their age, and the records for these cases are not sealed or subject to expungement.

In Alabama, rape cases are broken down into either the first or second degree:

It’s illegal to knowingly marry or engage in sexual intercourse with someone you know to be, either legitimately or illegitimately:

Alabama classifies incest as a Class C felony, punishable by a minimum of one year and one day in prison and a maximum of 10 years.

Someone may be charged with sexual misconduct in any of the following scenarios:

Sexual misconduct is a Class A misdemeanor punishable by a maximum of one year in prison and a fine of up to $6,000.

Sexual torture charges may be levied against anyone who uses inanimate objects to penetrate another person’s vagina, anus, or mouth with the intent to inflict sexual torture or abuse. This crime is a Class A felony, punishable by anywhere from 10 to 99 years in prison and a maximum fine of $60,000. In cases where the defendant was 21 years old or older and the victim was six years old or younger, there is a mandatory sentence of life imprisonment without the possibility of parole. 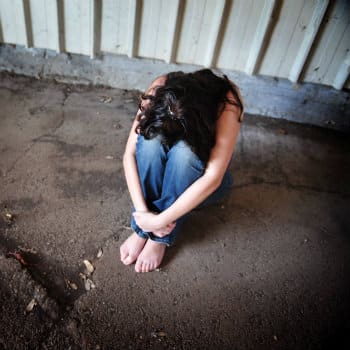