"Can I sue the Catholic Church?" Sexual Abuse Attorneys Finding Justice for Victims

The news media and recent popular documentaries have raised awareness about an alleged child sex abuse scandal in the Catholic church. If you were a victim, you may be asking:

You are not alone in this fight. Our experienced attorneys are here to stand with you in your fight for justice. Looking for more information on lawyers that represent sexual abuse survivors? Continue reading to learn more, or explore more from our celebrity sexual assault lawyers. 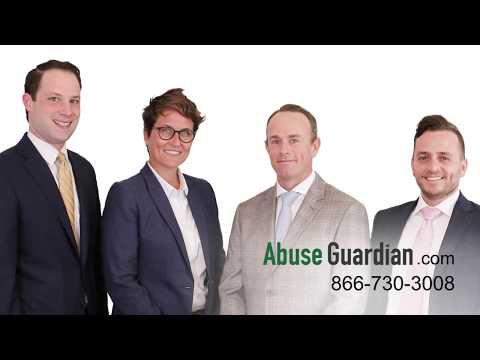 Though the threat of child sexual abuse can arise in any community or organization, some religious communities may possess characteristics that render them relatively risky:

Since at least the 1950’s, church officials have been sending offending priests to Servants of the Paraclete and other such congregational facilities aimed at helping clergy deal with serious personal issues including pedophilia.

The Catholic Church has hidden widespread sexual abuse for decades. If you or a loved one were abused, we are here to help. Your voice matters. Whether your trauma occurred long in the past or just recently, our attorneys can help you pursue justice against the responsible parties. We believe you. Many survivors of sexual abuse wait for years to disclose the abuse, fearful that they won't be taken seriously or that the Church will retaliate against them. We understand the deep pain, embarrassment and shame that childhood sexual abuse can cause. These feelings can be overwhelming.

Disclosing an incident or multiple incidents of childhood sexual abuse is a sensitive and deeply personal choice. We will do our utmost to ensure that whatever you tell us is kept highly confidential. We are here to help you. Our only goal is to help survivors walk into the light and tell their stories truthfully. We believe that your voice needs to be heard, to inspire others to step forward and to help you find closure. You are powerful and meaningful.

Gerald Fitzgerald, who founded Servants of the Paraclete, wrote letters warning church officials that pedophilia was a serious problem among priests and believed that “offenders were unlikely to change and should not be returned to ministry.”

Since at least the early 1940’s, reports of widespread child sex abuse perpetrated by the priesthood were sent to high-ranking church officials, only to be largely ignored.

One staunch advocate of removing offending priests from the ministry was Gerald Fitzgerald, who founded a special congregation with the purpose of rehabilitating priests deemed unfit to serve due to alcoholism or other personal problems.

Though Fitzgerald was firmly committed to helping priests overcome their challenges and return to their parishes, he strongly believed that attempts to rehabilitate pedophiles were ultimately unsuccessful.

Over 3,000 lawsuits have been filed against Catholic dioceses nationwide over child molestation and other forms of child sex abuse allegedly perpetrated by priests.

In attempts to cover up the scandal, the Catholic church has responded to many of these claims with multi-million dollar settlement offers. The total amount of settlements relating to the sex abuse scandal exceeded $3 billion after 2012, and more allegations are being raised every year.

In 2002, the Boston Globe covered the Catholic church scandal extensively. The magazine’s investigation and reporting of the scandal, which won a Pulitzer Prize, played an instrumental role in raising awareness of the crisis throughout the nation and eventually, worldwide.

This widespread publicity had many positive effects—finally, Church officials, law enforcement, and government agencies were acknowledging the need for further investigation and starting to take appropriate action to combat the problem.

The Jesuits, an order of Roman Catholic priests widely-known for their focus on missionary work, were heavily targeted during the rise of the Catholic sex abuse scandal, when allegations surfaced involving the abuse of Native youth in Jesuit schools in Alaska.

These allegations eventually led to a $50 million settlement in 2007, the largest settlement agreement negotiated at the time with a single religious order.

More recently, sex abuse allegations have been increasing in other countries, such as the Philippines, where an abuse survivor is asking for $16 million in compensation from the Jesuit order, after receiving a confession letter from the alleged abuser.

How Common Is Sex Abuse In U.S. Catholic Churches?

An estimate from the U.S. Conference of Catholic Bishops reveals that a total of 16,787 abuse survivors stepped forward between 1950 and 2012 to report sexual abuse committed by priests.

However, the organization only counted reports it considered “credible” and doesn’t include any from 2003 for unnamed reasons. Thus, the true number of abuse victims is likely much higher, especially considering that many incidents of abuse, especially those occurring within religious organizations, still go unreported.

The Catholic Church has been harshly criticized for its response to the sex abuse crisis.

Victim advocates say that the way both individual dioceses and the Vatican have handled the problem has in many cases only led to further abuse and stifled public awareness, a crucial force that enables more abuse survivors to step forward and start to heal from their experiences.

Tragically, it’s been common for reports from abuse survivors to be simply dismissed by the Church hierarchy, which allows each diocese to determine its own methods for “substantiating” cases. Sometimes, the requirements set for identifying “credible” abuse reports are unclear or even subject to change.

For example, a 2014 investigation conducted by Minnesota Public Radio (MPR) revealed that the Archdiocese of St. Paul and Minneapolis used “difficult, vague, and shifting criteria” for deciding which allegations could be considered “credible.”

Even when Church officials investigate complaints and substantial evidence or outright confessions of committing abuse, the priests responsible are not always appropriately punished, if they face any consequences at all for their despicable actions.

Many priests are not reported to law enforcement and thereby avoid having to register as sex offenders. Shockingly, a large number of priests were not even dismissed from their positions, instead allowed to move to a different parish, where some went on to abuse even more children.

Many priests choose to step down after being exposed as child molesters, but some are actually offered considerable sums of money to leave the priesthood. For example, Timothy Dolan, who was the Archbishop of Milwaukee in 2003, gave priests over $20,000 each, according to the San Diego Union Tribune.

Over 3,000 civil lawsuits have been filed against the Catholic Church by sex abuse survivors since the 1950’s. Some cases were resolved through millions of dollars in settlements, ultimately costing the Church over $3 billion to date, says the National Catholic Reporter.

And more allegations are constantly arising—it’s estimated that the 195 dioceses in the U.S. pay an average of $300,000 each year over child sex abuse charges. 6 dioceses have already filed for bankruptcy due to financial losses from settlements.