Can We Sue Preschool Or Day Care For Sexual Abuse Of Our Child?

You would do anything for your kids. To find out about sexual abuse or molestation at a preschool, daycare, or child care facility will turn your world upside-down. Trust us to make things right.

Signs Of Child Abuse In Toddlers

How can a parent or guardian tell if their children are being sexually molested by daycare employees? It’s important to keep an eye out for the common signs of sexual abuse in toddlers and young children, such as:

If you repeatedly notice one or more of these signs and suspect your child is suffering abuse from a caregiver at preschool or daycare, you should investigate further and probably remove your child from the program.

Experts highly recommend filing a report with local law enforcement or child protective services agencies rather than informing the daycare of your suspicions. You can read more about what to do when you suspect toddler sex abuse on the Baby Center website.

Some daycare and preschool businesses somehow manage to stay licensed and operating despite violating state laws regarding child protection.

Advocates for victims of child sex abuse believe there should be more governmental oversight for such facilities, considering their crucial role in society—caring for babies and young children whose parents need to be at work or are otherwise unable to watch them.

Little Or No Staff Training

It’s crucial for employees at any childcare facility to be properly educated on the problem of childhood sex abuse, particularly how to prevent it and stop it from occurring. For example, daycare workers should be aware of the common signs that suggest a child is being sexually abused, so that they can step in and report possible abuse.

Management at daycare centers and preschools should also ensure that workers are aware of how to report suspected child sex abuse—who to file with or talk to, and whether or not they’re legally obligated to inform law enforcement of the possible abuse. In many states, daycare workers are considered “mandatory reporters” for child sex abuse suspicions.

Many daycare workers note that the facilities where they work are chronically understaffed, making it difficult to properly monitor all of the children.

When staff members have too many children to look after, they may miss important physical and behavioral cues that indicate possible sexual abuse, as well as inappropriate behavior between fellow employees and students.

One of the most effective things daycare/preschool owners and managers can do to prevent child sexual abuse is to do their best to ensure that predators will never get the chance to work at their facilities and gain access to students.

This can be achieved through strict hiring requirements, but many child care businesses don’t take proper care in selecting employee applicants, either by ignoring regulations or failing to establish hiring protocols in the first place.

Sometimes, workers will report suspected sex abuse to management, only to be ignored. To effectively combat childhood sexual abuse, reporting protocols and requirements need to be made clear to workers, and serious complaints need to be thoroughly investigated.

If warnings from employee informants go unheeded, many children may be continually experiencing horrible abuse, and offenders may be able to get away with molesting even more children without consequences.

Unfortunately, due to a large number of cases of daycare sexual abuse filed in the 1980’s that were later found to be unsubstantiated, reporters and government officials are now somewhat wary of daycare sex abuse claims.

Yet, as the Leadership Council on Child Abuse and Interpersonal Violence points out, studies show that children rarely make false reports of sex abuse, and it’s vital for the public to know about serious incidents involving infant and toddler sexual abuse that are, sadly, all-too-real in this day and age.

One recent daycare sex abuse scandal involves the Primrose School of Ballantyne, a private daycare/preschool located in Charlotte, North Carolina. Reportedly, multiple employees had informed management about strange behavior from Joseph Starnes, a teacher at the facility who is being investigated for allegations of sexual abuse such as “fondling” 2 young boys.

Supervisors “Did Nothing” Despite Warnings

For example, one of the witnesses described seeing Starnes sitting alone in a room with children on his lap and then abruptly “pushing [them] off his lap” whenever another employee suddenly entered the room. Yet until recently, co-workers say, Ballantyne seemed to virtually ignore any complaints about Starnes and allowed him to keep teaching there.

One former employee told Charlotte news reporters that she had tried to warn supervisors at Ballantyne as long as a year ago, telling them of her suspicions regarding Starnes’s misconduct with students. But she says that the school “did nothing about it” until alleged victims started speaking up about Starnes.

Ballantyne Rated Poorly By The State

A reporter from Charlotte’s local news channel, WSOCTV, looked carefully into state records for Ballantyne and found that the school had been cited for serious violations involving abuse and neglect during 16 separate state inspection visits since 2014. Because of this, the state gave Ballantyne the lowest possible rating—1 star.

Yet many parents who enroll their children at the school are likely unaware of this low health and safety rating, as it’s not displayed by Ballantyne and it’s difficult to locate on the state’s website.

When asked why Ballantyne was still in operation despite its low rating and high number of violations, the Department of Health and Human Services said that the school may have promised to take action to remedy the problems found during inspection visits. 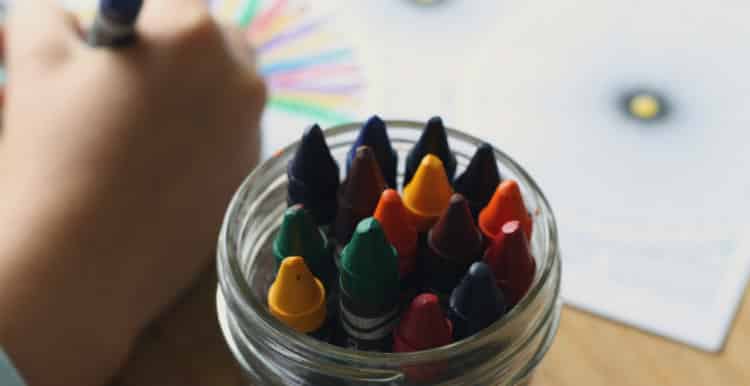