Were you or a loved one sexually assaulted by Shon Bolden, a basketball trainer at Indianapolis' Shoot 360? Our dedicated personal injury attorneys are here to help.

Learn more about your legal options in a free, confidential consultation today. We believe that you deserve justice.

No young athlete should be subjected to inappropriate sexual behavior.

"Thank you." Brian and his team handled our case professionally and with speed. 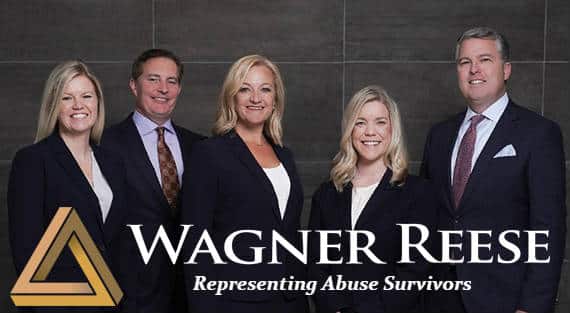 Were you or a loved one sexually assaulted by Shon Bolden? Our experienced personal injury attorneys can help. We understand the painful range of emotions that sexual abuse can cause. You may be struggling to deal with feelings of shame, embarrassment, anger or fear. These are natural reactions to a terrible trauma. You are not alone.

We believe you, and we believe that your voice matters. Shon Bolden is now in police custody for his alleged misconduct. Authorities say they became aware of Bolden's behavior after two young victims came forward to claim that the basketball trainer touched them inappropriately. One of the women says that Bolden would fondle her and push himself against her when she was underage, allegations the other woman confirmed. Bolden would allegedly put his hand around the woman's throat and rub himself on her, saying it was "his comfort." The allegations have been bolstered by the stories of at least 20 other girls.

Other allegations against Bolden are even stranger. One survivor told police authorities that Bolden would tell her to lean back and swallow while he rubbed her throat, saying it was an exercise to stimulate her throat muscles. He would also reportedly place a shoe string or lanyard around her throat and instruct her to swallow. She says this happened twice a week, until she reached high school, when Bolden's strange "exercise" occurred three times a week. Several women said Bolden would touch his genitals over his clothes as he rubbed their throats. Most victims report feeling embarrassed and not telling their parents.

Legal Action May Be Possible

This behavior is unacceptable and deserves a swift response. Police authorities are working tirelessly to bring Shon Bolden to justice, but he has yet to be held accountable to the young victims he allegedly abused. Our dedicated private attorneys are here to help. We've been supporting sexual assault and abuse survivors for decades, providing our clients with the benefit of our outstanding experience and resources.

You may be eligible to file a private civil lawsuit against Shon Bolden and the basketball gym where he trained athletes, Shoot 360. Another trainer at Shoot 360 has confirmed to authorities that he saw Bolden touching young women inappropriately, using inappropriate hand placement on female athletes that he did not use on males. The trainer says he saw Bolden's inappropriate behavior on multiple occasions at the gym, calling Bolden's predilections an "unnecessary habit with females."

Shon Bolden Taken Into Custody In Wake Of Allegations

Police say the misconduct allegations go back to at least 2008. While twenty women have already to come forward to allege inappropriate behavior against Bolden, authorities believe that other survivors of abuse have yet to step forward. Bolden appeared for an initial hearing before Marion County Judge Grant Hawkins on December 20, 2018. He was released from custody on a $25,000 bond.

Bolden's twitter account lists him as the founder of Living Empowered Sports and President of Training for iCBallers. He also claims to be the trainer for NBA stars George Hill and Jeff Teague, along with Korean League player and brother of Jeff Teague, Marquis Teague.

In wake of the allegations against Bolden, Shoot 360 released the following statement to the media:

When Shoot 360 Indianapolis first learned of allegations involving Shon Bolden, we put him on administrative leave. After additional information surfaced, he was let go. Our primary responsibility is to ensure a safe, healthy environment for our members to train and compete in basketball. In response to this situation, Shoot 360 has increased security at our facilities and intensified training of employees.

We conduct thorough background checks of employees and potential employees. We design our training facilities with 360-degree views and maintain security cameras 24 hours per day.

"We deeply regret what has happened," says Craig Moody, founder and CEO of Shoot 360. "Our mission is to advance the game of basketball in a positive and fun way - and in a safe environment. We are redoubling our commitment to that mission."