Shocking new allegations of voyeurism and child exploitation have been leveled against a Bloomington High School North custodian. Were you or your child affected by this alleged criminal activity? Our experienced sexual abuse attorneys are here to help.

This is a case of public school sexual abuse and exploitation. If you or your child were impacted by the recent scandal at Bloomington High School North, we understand the shock, anger and fear you may be experiencing. You are not alone. Sexual exploitation is unacceptable, especially in the public schools that we trust to care for our children.

You may have powerful legal rights. Some families may be eligible to pursue justice and financial compensation by filing a private civil lawsuit. To learn more about your legal options, contact our dedicated Indiana abuse team today for a free, confidential consultation.

In light of the troubling allegations against William Marrs, a 36-year-old custodian at Bloomington High School North, our compassionate legal team has opened a full investigation into the school and its handling of sexual misconduct.

Students, athletes and parents are looking for answers. How could this have happened? Could more have been done to prevent Marrs from carrying out his alleged voyeuristic acts? Is the school liable for our child’s damages?

Our dedicated Indiana sex assault lawyers are working to find concrete answers to these pressing questions. We need your help to complete our investigation. Learn more about your family’s legal options in a free, confidential consultation today. You can find more information about your family’s rights at no charge and no obligation. Reach out to our attorneys now. 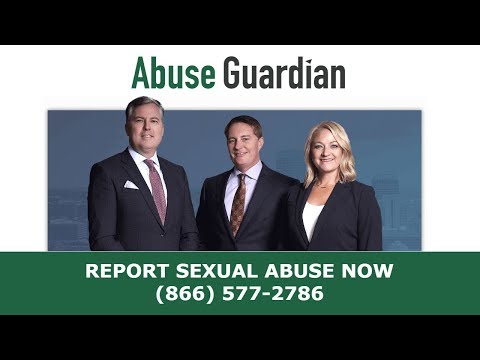 A school janitor in Indiana has been charged for hiding a camera inside a girl’s locker room. On November 5, 2018, William Marrs, 36, was charged with felony child exploitation with intent to satisfy/arouse sex desires, obstruction of justice and voyeurism. Now free on bond, Mars is expected to make his first court appearance at 1:30 pm on Friday, November 9th.

According to a police affidavit, five female swimmers were using the locker room at Bloomington High School North on Thursday, November 1, 2018 when one of them discovered a concealed iPhone inside a trash bag full of towels in the corner of the room. Police say the phone was recording video through a hole punctured in the bag.

Police say the girls, all around 13 years old, were in the school gym while practicing for the Brown County Elite Swim Club. They looked through the phone, finding pictures and videos of a young child, but none seemed to be inappropriate. The girls ultimately brought the phone to their coach, according to WTHR.

Meanwhile, a Bluetooth function on the iPhone alerted Marrs that it had been moved, so he began to search for the phone, eventually coming to the pool area, the affidavit continues. The swim coach turned the phone over to Marrs and called the police.

Bloomington Police say that Marrs was “initially untruthful” upon questioning, telling police that his phone had been stolen and that he had deleted photos and videos that had been taken without his knowledge. He then “changed his story,” admitting to having placed the phone in the locker room in order to record video. Marrs told law enforcement officials that it was the first time he had recorded anyone in the locker room. It remains unclear whether or not Marrs was actually able to record video of any girls undressing.

Administrators from the Bloomington School District held a meeting for coaches, parents and students on November 8 to answer questions. Marrs has been suspended pending the resolution of the criminal charges against him. Police have confiscated a computer and hard drives from Marrs’ home and are investigating whether he has other inappropriate videos.

School officials have already made a battery of changes in the wake of the voyeurism charges. Custodians who work in restrooms and locker rooms will now do so in pairs. Students have been told that if they see a janitor alone in a locker room, they should notify a teacher or administrator. Locker room doors will be outfitted with new locks and access card readers. Locker rooms and restrooms are being checked regularly through the course of the day.